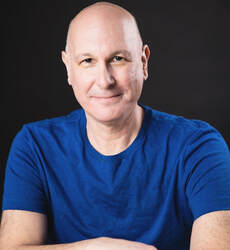 About the author and performer

David Ackerman is a writer and an actor and created the comic character while working with legendary teacher Gary Austin who also founded the Groundlings.

He is also the creator and director of Subway Brunch, a theatrical happening occurring as actors partake in a full-service brunch while riding the A-Train. Subway Brunch has been profiled in the New York Times and Backstage. He is a fan of all things theatrical and has studied with Paul Sills, Mike Nichols, Gary Austin, Michael Gellman, Sue Morrison (Clown), Douglas Rice, Fiona Griffiths and many others.

His short film, the Tripping club, was invited to the Montreal Film Festival and won an award at the Lighten Up Comedy Festival.